This Spring we will again be putting together a team of the best High School aged players from New Hampshire's Lakes Region, training for a month, and then going down to Marlborough, Massachusetts and competing in the Coca- Cola Showcase.
Last year's team was such a success that it helped put 2 kids into Junior Hockey, 2 kids into the u16 USPHL, helped prepare several for their first seasons in Varsity New England Prep School Hockey, and prepare the rest for outstanding NHIAA High School seasons.  As the youngest team in our division, we went undefeated in the round robin, and earned a birth in the tournament final.  It was a fun weekend.  So much so, that we will be adding a Bantam age group for 2014!
Each participant gets:
Entry into Coca- Cola Showcase Tournament(April 17-19)
4 Weeks of On & Off Ice Training at PSU
2014 Team Scoring Concepts Jersey
Team Pizza Party
I'm looking forward to a great spring of training!  Email me for more info- scoringconcepts@gmail.com
﻿
﻿ 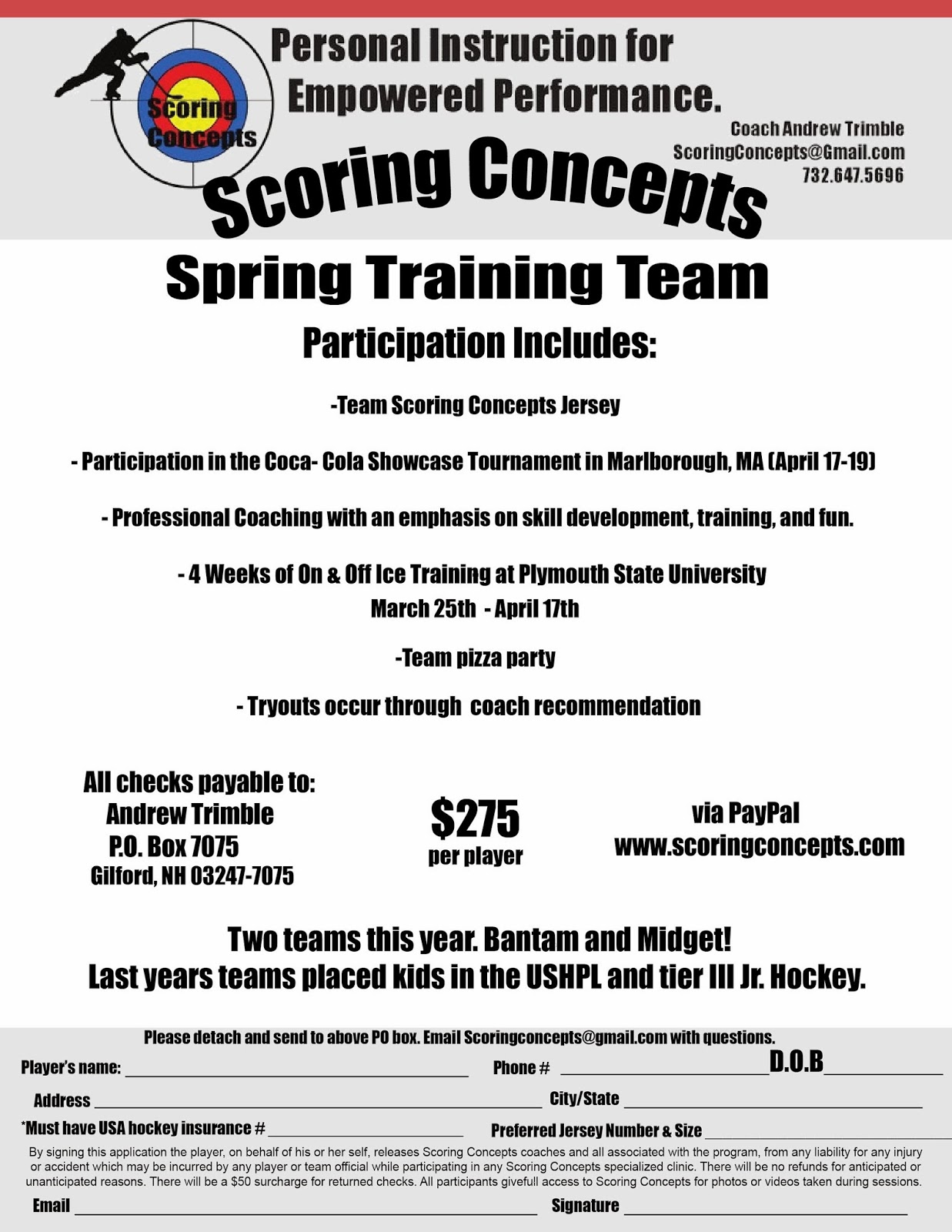 Posted by Andrew Trimble at 6:47 AM