Keys to winning 3 on 3 Overtime 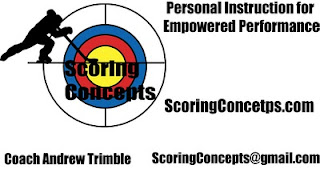 3 on 3 Overtime is an exciting, fast-paced finished.  Since Pro Hockey (first the AHL in 2014, then the NHL in 2015) introduced this format it has greatly reduced the number of shootouts involved in determining the winner to a contest.  Many JR leagues and others have followed suit, as this format is not only high tempo and exciting, but it is a "hockey-play" rather than a "skills competition" that is determining the winner.

Here are some key ingredients to successfully playing a 3 on 3.

1) Man on Man-  It is important for players to understand their defensive responsibilities in this format as simple breakdowns are magnified into 2 on 1's or breakaways in the 3 on 3.  Players need to recognize who their coverage is.... Man on Man when you don't have the puck or aren't going to get the puck.  Furthermore, play all defensive plays on the D-side of the puck (keeping your body between the puck and your defending net) so that you aren't trailing plays.  This can get confusing, and requires a lot of effort, but gets easier if you pre-set your combinations (generally the first 3 sets) on the bench and let your players know exactly who they are changing for.  Have players understand their responsibilities, and don't get too focused on numbers of Forwards or Defenseman.  If you have 1 Forward and 2 D on the ice, instruct exactly who your next group is changing for ( 2 D and 1 F/ 3 F/ 3D... whoever).

2) Puck Possession-  Maintaining possession of the puck is key. Oftentimes a bad dump or turnover leads to the game winning goal.  Regroup and have a coordinated attack rather than a 1v1 or 1v2,let alone 1v 3.  I advise my team to never dump the puck unless 100% necessary, this helps in avoiding quick transitions and breakdowns.  In 3 on 3, there is no guarantee that you will get the puck back, as there is so much time and space, so make every possession a coordinated scoring possession.

3) Quality shots over Quantity-  In 5 on 5, the number of shot attempts and shot quantity is important.  In 3 on 3 OT, the focus has to be on quality chances, and minimizing risk. Given the greater time and space that you will have it is important to breakdown the defensive coverage of your opponent.  Create 2 on 1's or isolations that lead to shots being taken from high quality scoring areas (offensive zone, inside the dots).  Consequently, bad angle shots do 2 things:
1) They can lead to rim-outs and quick transitions- opponent scoring chances.
2) They put your players out of position for rebounds and transitions.  Chasing the puck rather than being in position defensively.

Here are some examples of well executed 3 on 3:

Hope this article helps, and leads to your teams next 3 on 3 OT success!!!!

Posted by Andrew Trimble at 4:45 AM No comments: