For the first time in an extremely long time, the New Jersey Devils will not be taking part in the NHL post-season.  Going to the playoffs for nearly 20 years straight, and winning 3 cups in a span of 9 season.. this is definitely disappointing.

Yet, it was a fun season to watch and the Devils were in playoff contention to nearly the final day of the regular season, posting a 35-29-18 record for 88 points.  88 points in most pre-lockout years was good enough for a playoff berth.

Much has been said about the Devils and their inability to produce in the shootout, going a staggering 0 for 13, and only converting on 6 attempts all year.  If they had simply completed less than 50% of the 13 shootout (going 6 for 13), they would have finished 3rd in the Metropolitan Division, and cruised into the playoffs.  For a team that lost Ilya Kovalchuk due to retirement and Zach Parise to free agency in consecutive off seasons, and chose to build more around depth than superstars, the Devils inability to win the shootout becomes justifiable.

Here are some positives...

1) Head Coach Pete DeBoer has cultivated a system in New Jersey that is notoriously stingy and defensively structured. Stars coach Lindy Ruff described it earlier this season as "trying to crawl through a barbed-wire fence with a wool jacket on."
"I really believe that our team game is as good as anyone's in the league. I really believe that on a night-to-night basis," DeBoer said. "There's a reason why we're sitting here today and I said I'd wait until after the season to discuss them, but I don't think there's any secret that the shootout killed us. And when you look at the standings and stats we're probably about a half a goal a night short of being a very good team in this league."
But the team's possession numbers portray an entirely different picture. Heading into Sunday's matinee against the Boston Bruins, the Devils boast an impressive 53.7 Fenwick percentage, a statistic that quantifies total shots attempted, excluding blocked shots. The Devils are the only team in the top five of that metric that did not qualify for the postseason. The others in the top five? Los Angeles, Chicago, San Jose and Boston.
reprinted- http://espn.go.com/new-york/nhl/story/_/id/10776749/coach-pete-deboer-return-new-jersey-devils-know

2) The Devils Young Defenseman-  Eric Gelinas (60gp 29pts), Jon Merrill (11pts) and Adam Larsson (4th overall pick in 2011 draft)  all demonstrated all- star potential and represent a foundation for the team to build on going forward.

3) Cory Schnieder-  Finishing in the top 5 in the league in GAA and posting a .921 save percentage, Goaltender Cory Schnieder justified trading the 9th overall pick in the draft to acquire him, and at 27 years old, is the future of the franchise.

2) Scouting Department-  Although the Devils have historically picked late in the 1st round, they have not done well in the draft.  It has been over a decade (Parise 2003) since the Devils have selected an NHL All- Star with their number 1 pick.  Several picks (Matt Corrente, Nicklas Bergfors, Matthias Tedenby, Jacob Josefson, Stefan Matteu) have barely made an impact at the NHL and some not at all.


I look forward to what GM Lou Lamoriello has in store for the program this off-season.  The NHL Hall of Famer, certainly won't tolerate another non-playoff season.... 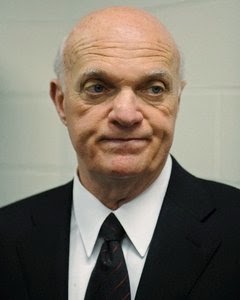 Posted by Andrew Trimble at 4:46 AM No comments: