2012 was a great year for Scoring Concepts.  The move from New Jersey to New Hampshire wasn't an easy one, as I said some goodbyes to great people in the Garden State, but New Hampshire gave us a great reception and we are poised for a Banner year in 2013.


* Became the Assistant Coach with the Laconia Leafs Jr Hockey Program.
* Named the Head Hockey Coach at Kingswood High School in Wolfeboro, NH.  Last season's record was 3-12-1, and so far through New Years Day we are 2-3-0-1.
* 6 Freshman who learned to skate with Scoring Concepts clinics played Varsity Hockey at Jonathan Dayton High School in Springfield, NJ.
* The "Long Weekend Workout" clinic on May 24th at the Community Center in Woodbridge, NJ had over 30 kids in attendance!
* Over 100 Private Training Sessions in the Calendar year of 2012!  Special thanks to hockey parents such as the House's, the Mohan's, the Demer's, the Tulloch's, the Sack's, and the Buckley's to name a few.
* Declan House (Mercer Chiefs Pee Wee AAA) winning the MVP of the Bell Cup Semifinals in Ottawa.
* August 21st "Pre-Season POWER Workshop" & the 11/12/12 " "Explosive Speed Clinic" at Plymouth State University Arena each had over 30 kids in attendance!
* Billy Andrew making the NJ Rockets AAA.
* 27 scheduled goalie and powerskating sessions with the Henniker Youth Hockey Association... Go Huskies!
* IJHL semi-finalist with the Trenton Habs Jr Hockey Team, and helping to move along Chris Watkins, Cody Newcombe, Sean Kacerosky, Russell Armbruster, Andrew Fosina, and Joe Cangelosi to higher levels of Hockey.
* 2- Day Winter Focus Camp at Laconia Ice Arena!

and...
The construction of the Scoring Concepts Training Center! 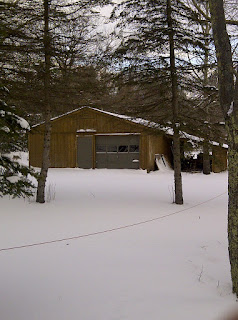 
To paraphrase Albert Einstein, it takes a different kind of thinking to solve a problem than the kind of thinking which produced the problem. Simply, "coaching" is the process of helping people develop their capacity to think about things (such as problems, people, relationships, customers, products, services, the future) in new and creative ways so that they can accomplish what they really want to accomplish.


Coaching has an enormously important role in the building and sustaining of great organizations and extraordinary workplaces. People who want to accomplish great things often get stuck along the way. Coaching helps people get un-stuck. An example of this is that while many leaders, executives, and managers in organizations seem to "know" intuitively what they need to do to move forward, few of them actually follow through because they're stuck in some way. Coaching helps people focus on the things that are contributing to their being stuck, and then move beyond them.
Posted by Andrew Trimble at 7:53 PM No comments: